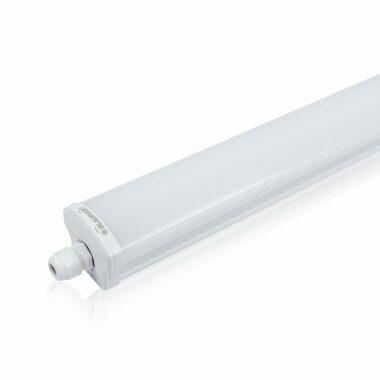 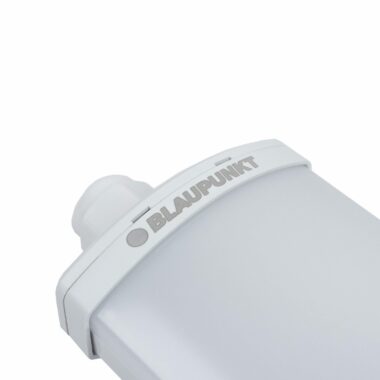 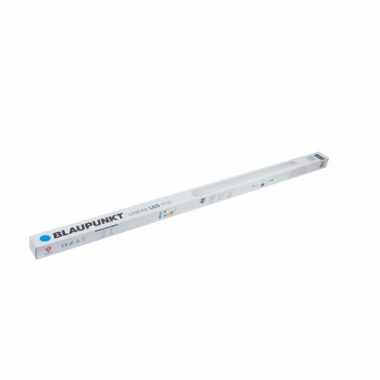 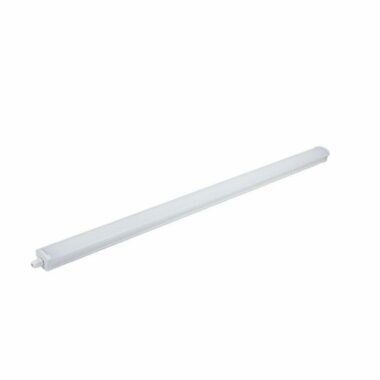 Blaupunkt Linear is a functional linear luminaire with impressive technical parameters. The lighting with a power of only 50W emits light with a brightness of 5500 lumens. Blaupunkt LH-50-NW is the longest among the three luminaires in the series. High luminous efficiency, wide beam angle, high tightness class and unprecedented service life of 50,000 h are the features that distinguish the Linear luminaire from others.

The high class of tightness of the fittings proves their application possibilities. The degree of tightness suggests that the luminaire will work even in difficult conditions, where it will be exposed to dust and water. The luminaire is dustproof and waterproof, a water stream (12.5 l/min) coming from several sides will not damage its surface and will not reach the electronic components. The luminaire also makes it difficult for solids to access its hazardous parts.

High luminous efficiency
The luminaire, consuming 50W, generates light with a brightness of 5500 lumens. The 0.95 power factor means that almost the full power of the luminaire is used to emit light, and not heat, as in the case of energy-consuming luminaires. The savings resulting from the choice of the Blaupunkt Linear LED luminaire can reach up to 85%. The advantage of the luminaire is also a high color rendering index of the surroundings. CRI>80 will work wherever color matters, e.g. in a design office.

Blaupunkt linear luminaire – performance and reliability
The famous German quality of the product has resulted in a 5-year warranty for the luminaire. The possibility of connecting lamps from the Blaupunkt Linear series in series enables convenient arrangement of lighting, even in large warehouse spaces. For easier assembly, the manufacturer includes all necessary accessories. Features such as energy efficiency and the natural color of light 4000K make the luminaire look good, especially in workplaces.

Show service overview
Page load link
We use cookies on our website to give you the most relevant experience by remembering your preferences and repeat visits. By clicking “Accept All”, you consent to the use of ALL the cookies. However, you may visit "Cookie Settings" to provide a controlled consent.
Cookie SettingsAccept all
Manage consent